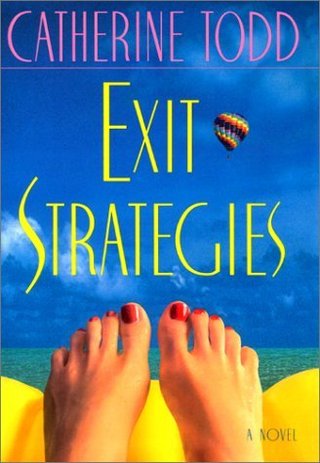 This wasn't the way it was supposed to be. I'd never realized, when I got the foundation grant that paid half my tuition to law school, that six years later the reward for my labors would be to be yoked in judicial servitude with some condescending, self-infatuated whiz kid lawyer half my age. Worse, I had to admit in my most candid moments that I was just a little bit jealous of her. I mean, she was always right. I wondered, if I'd gotten my act together decades earlier, if I could have been a woman without obstacles and uncertainties too. Unfortunately, the critical decades had passed, and now I wasn't too thrilled about Lauren's well-meaning exhortation to put my life on hold and my nose to the grindstone, a position that was unlikely to be anatomically advantageous or a great deal of fun. I thought I'd spend enough time on hold already.

Once upon a time, Becky Weston had an enviable existence--until the Volvo, the Spanish-style house overlooking the Pacific, and the money vanished after her successful husband went looking for a much younger trophy wife. And when her ex dies, leaving the purse strings to a lucrative trust for their children in the hands of Wife Number Two, Becky is truly left out in the cold. Having put herself through six years of night law school, the struggling single mother is now the oldest new associate in a small, aspiring law firm--and expected to devote her life to nothing but work. Stranded in an office of sharp-elbowed young turks, Becky finds herself scrambling to cling to the fast track, and a personal life seems out of the question. But the arrival of a new client--bestselling author, glamorous anti-aging guru, and Becky's college archnemesis Bobbie Crystol--could be an unanticipated godsend. Doing the designer-clad, jewelry-bedecked charlatan's bidding forces Becky to weigh doing the morally right thing against the firm's bottom line. But it may also help Becky devise a foolproof exit strategy...with some rather unexpected dividends.

Making Waves
"A can't-put-it-down novel with a sense of humor...Making Waves is for every woman who's had to mend a broken heart and get even."
--Redbook